The War On Cash: Cryptocurrencies As An Alternative Solution?

Cryptocurrencies — above all Bitcoins — are the talk of the town. For a long time only familiar with inveterate computer freaks, the digital currency is moving more and more into the spotlight because of its dizzying rise in the market and its extreme price fluctuations. Do cryptocurrencies have a future not only as investment objects, but also as a substitute for hard cash?

Too inconvenient, too expensive, too practical for moonlighting and money laundering: Politics have announced to lead off the fight against cash. The digital money is eagerly marketed as the way to a new society by its proponents. After all who still listens to analogue music, flips through photo albums or looks at folding maps? Money must also become digital. A cashless world is a kind of wet dream, above all for central bankers: When citizens no longer hoard their wealth at home as banknotes and coins, it would be easy play to establish negative interest rates and control the economy. It would be impossible to evade the penalty interest, so the calculation.

“War on cash” in full swing

On the opposite side are the supporters of a payment method that has accompanied humanity for a good 2,500 years. Their arguments: Without cash, the citizens would lose control of their money. They could no longer hide it, for example from their spouse or heirs, or withdraw it in the event of a pending bank crash. It is clear: The “war on cash” is in full swing. The first steps have already been taken; in many countries there are already upper limits for cash payments. At the same time bank notes and coins are being dropped, like the 500 euro note in Europe, or small coins, soon to happen in Italy. However, the forerunner is Sweden. It already happens there that you can only pay for your beer in the pub by card. In some churches the collection bag has even been replaced by a machine. And in public transport and supermarkets, cash has played merely a shadowy existence for a while now. According to the Swedish central bank, already in 2015 cash transactions made up for only 2 per cent of the value of all payments. By 2020 this is to drop to 0.5 per cent.

Germany is trailing behind. Because the Germans and hard cash — that is love with a capital L. Only every third person in Germany can imagine going completely without it, according to a Bitkom survey. And many still prefer to pull out a bank note than pay by card or mobile. And only about half of the retail transactions in Germany are now still in cash. Above all for security reasons. Many fear that hackers could crack the mobile payment methods and empty bank accounts en passant on the bus or in the supermarket. And the concerns are almost just as big that the mobile phone could be stolen and criminal business could be conducted with payment data. While there is an even bigger danger lurking when it comes to digital payments. The glass citizen.

When the state knows everything

Whether it’s surfing the internet, using a smartphone app or searching for keywords using the Google search machine: Loads of data are generated that are busily recorded and processed when using networked devices. They protocol how big or small we are, how our bank account or our health is and how we tick politically. Collected in profiles, the “glass surfer” is long since reality. Since such data are equally interesting for the economy, politics and intelligence services. After all, digital payment leave data behind, whether via app or card. This way it can be precisely retraced, what, when and for how much money the owner recently shopped. These payment data are the last pieces missing of the glass citizen jigsaw. That makes them especially precious. And it’s almost impossible to fight against it. Mass surveillance by British and US-American intelligence services is common practice today, as everyone knows since Edward Snowden. But what happens when governments know about each of our payments? Not only do payment service providers such as VISA and PayPal have access to completely all online transactions, but they can also censor or stop transactions. It is, after all, not that long ago that Visa, PayPal and MasterCard blocked the donation accounts of Wikileaks temporarily, due to alleged violations of the business terms. Saying goodbye to hard cash may seem convenient, but at the same time it heralds the final farewell to personal privacy. 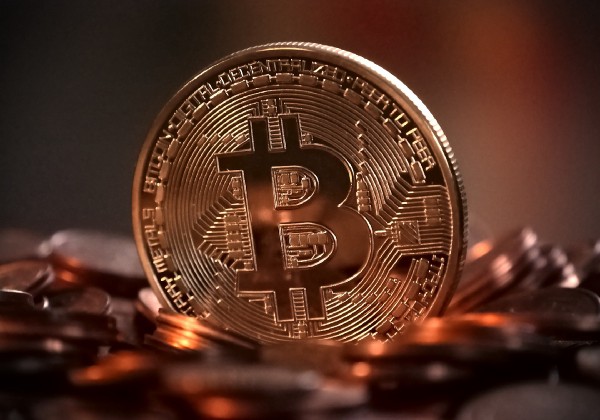 One solution to the problem could be independent cryptocurrencies. The Bitcoin was created precisely with this in mind: Money transfers directly from person to person — without the possibility for banks or state bodies to exert influence and no longer any margin for credit card companies like Visa or pay services like PayPal. Modern apps like Payger could function as a comfortable platform that make transactions with digital currencies easier than ever before. With Payger users will not only be able to buy and sell digital currencies in future, but they will also be able to send invoices and pay bills using the digital currencies — completely independent from banks and government.

It is still not clear who will win the war on cash. The tendency is clearly towards digital payment methods. However, one thing is sure: It is about far more than merely banknotes, coins or plastic cards. Its about control and power — and endless amounts of money. In the event that cash does indeed disappear, digital currencies could be the last possibility to retain control over your own money.

Read more about the Payger Ecosystem

Payger Newsletter January & February 2019 By Payger Official Blog The new year is in full gear, and so is the development progress with the

Christmas Crypto-shopping Barcelona Style By Payger Official Blog Christmas is coming, isn’t it high time you treated yourself to a crypto-trip! So you’ve spent all

Spread the love and help us to make money social.

Payger Wallet not yet available!

Our developers work hard to launch the Payger Wallet as soon as possible for you. We are just weeks away for the first launch. Join now the early bird tester team and sign up here . You will be one of the first to try the new Payger wallet and get access to a new world of cryptocurrency wallets. We are looking for Talk to you soon!